In everyday life, we do certain things. Decide certain things. Not always because we understand why, but because people who are successful — people who we look up to — appear to be doing it. In the world of software, this phenomenon is called cargo culting.

How and where did this strange term originate? What are some examples of cargo culting in the software industry? If it does occur, should we as developers embrace a certain mindset? And is cargo culting necessarily a bad thing?

The term has its roots in World War II. The Allies deployed troops to islands in the Pacific Ocean, establishing airbases. Planes regularly flew over them, dropping cargo as the natives watched in astonishment. What is going on? All this technology. All these changes to the surroundings. Food and equipment, falling from the skies? 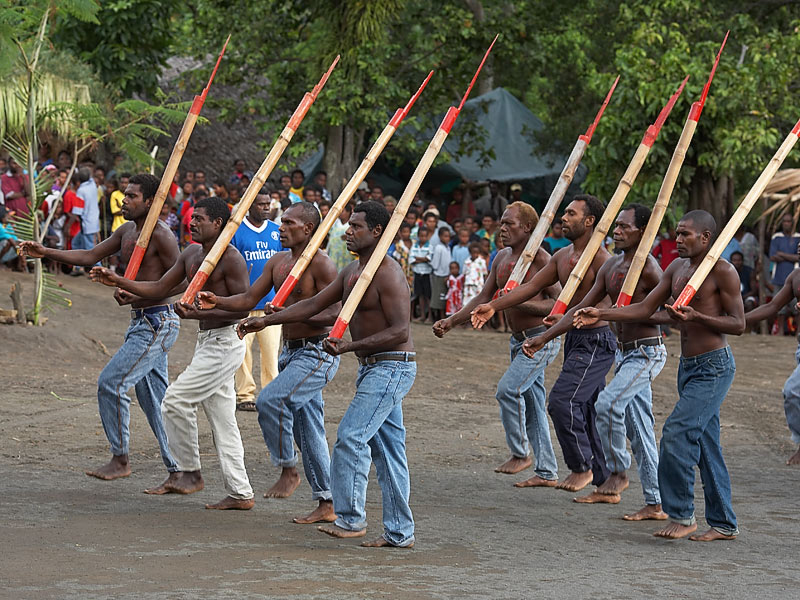 Vanuatu, an island country in the Pacific Ocean, has a cargo cult that survives to this day.

The troops abandoned the islands after the war. No more cargo dropped. But some natives, in an attempt to get cargo to drop again, tried to restore their surroundings. They built fabricated control towers and replicas of airplanes. They paraded, carrying wooden rifles, and stood on runways, waving tree branches.

Having mistaken correlation for causation, they formed a cult — a cargo cult.

In software, cargo culting can come in many different shapes and forms. Sometimes, we copy-paste code snippets from Stack Overflow without understanding how they work. Occasionally, we run terminal commands to solve problems we don’t understand. We follow conventions, patterns, and principles, yet are unable to explain why some of them exist.

But beyond the individual lines of code, cargo culting can also affect applications and even organizations at large. Two such examples are microservices and Agile.

A piece of software starts small. As time goes on, features get added. More use cases need to be supported, and the codebase gets larger. To manage the growth in complexity, we separate concerns and modularize our code.

A monolith split into microservices.

In reality, we’re making considerable tradeoffs. What if we need to work on a feature that spans multiple services? Do we still benefit much from having independent components and teams? How do we orchestrate, monitor, and troubleshoot all our services? While great tools exist nowadays, they are still tools we need to know about and know how to use well.

At the same time, having a monolith doesn’t stop us from modularizing our code. We intend to adopt microservices because the monoliths we’ve worked on always turn out “messy.” If that’s the case, are we sure we’ll do a good job splitting our monolith? If we struggle managing a single service, will things get better with microservices? Will we end up with an even more complex monolith that we pretend are microservices?

Microservices are great and solve real problems. Otherwise, Amazon and Netflix wouldn’t be using them. But we have to take the time to understand these organizations and look ourselves in the mirror. Do we share the same challenges, and do we have the resources? Does it make sense to use microservices right now?

It’s also worth asking ourselves the tough questions. Are we adopting microservices because we’re skirting around actual problems? Problems with communication and cooperation? Have we hired too many developers who chase shiny objects? Is there a lack of technical leadership? Are people making abrupt decisions when they come back from tech conferences?

These are questions we must answer. If we don’t, we might end up in a scenario where two developers create ten microservices at a startup, for a product that’s still in a state of flux. Too busy dealing with self-imposed problems, to be delivering value to end users.

Creating software requires coordination and collaboration. A term that gets brought up in this context is Agile: we’re an Agile organization, we do Agile software development, we’re Agile. It’s brought up so often, in different settings, that once in a while, we have to look up what Agile is.

Colleagues gathering around a Scrum Board.

Agile was born in response to the ideas of Frederick Taylor. He was one of the most influential figures of the 20th century, having improved industrial efficiency. He viewed the average worker as uneducated and lazy. So you get intelligent people and pay them more, to figure out how the workers should work. This thinking was also prevalent in the software industry.

But having separate process people doesn’t lend itself well to software development. We’re knowledge workers. We’re well educated and well paid. Our work is highly contextual, seeing as software solves a wide array of problems in all kinds of organizations, industries, and countries. Therefore, a pillar of Agile is letting actual workers decide how they work, adjusting as they go along.

As it also turns out, gathering requirements and planning long-term is challenging in software development. Thus, another pillar of Agile is to prefer responding to change over following a plan. But what’s not so apparent, is that you need technical expertise to do this well. You need developers who write modular code, create tests, set up continuous integration, and refactor often. Last but not least, the rest of an organization needs to understand this.

Yet, contrary to the two pillars, we enforce a one-size-fits-all process. We rename project managers “scrum masters” and stakeholders “product owners.” We rename our meetings “stand-ups,” buy planning poker decks, and start using the word “sprints.” While this is going on, the command and control mindset still permeates our organization. Hierarchies in communication remain. We continue viewing our developers as assembly line workers. We have neither plans to raise the technical skills of our developers, nor plans to increase the software literacy of our entire organization.

To top things off, we boast that we are now Agile. At a certain point, we have to stop and ask ourselves: are we that much different from the cargo culting natives? When we hire Agile coaches for the sole purpose of telling us how to work, how far have we come from the charismatic leaders maintaining cargo cults?

In the end, Agile is a set of values and principles. To become Agile, we can’t just mimic superficial behaviors of successful organizations, thinking we’ll gain the same benefits. We’re not the same organization in terms of industry, workforce, product, and customers. And most importantly, we mustn’t underestimate the value of actually talking to our people — including our “average workers” — as part of the process.

We cargo cult in our everyday lives, as well as in the software industry.

On realizing this, I strive to understand why I do and decide certain things as a developer. I also strive to be better at articulating my thought process. By doing this, I show others what I’ve taken into consideration, giving them a chance to point out what I’ve missed. All the companies we work for have cult-like characteristics to some degree. Every time I get a new colleague, I make it a habit to tell them not to be afraid of questioning things.

On the flip side, cargo culting is not always bad. Life is complicated, and so is being a developer. Having to understand the whys behind everything we do is exhausting. Successful people and successful companies do a lot of things right, after all.

The real danger lies in cargo culting far-reaching decisions that impact our lives, and our software. It lies in failing to realize and admit that we have, and in our unwillingness to gain a deeper understanding.

"The Death of Microservice Madness in 2018", and its discussion on Hacker News:

Martin Fowler, one of the creators of The Agile Manifesto, comments on the state of agile in 2018: